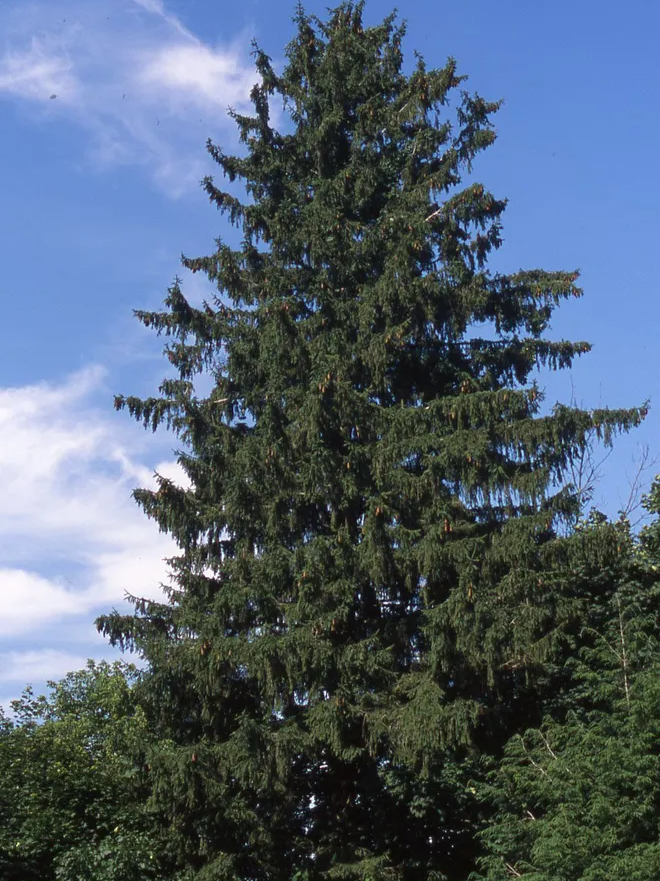 Native to northern, central, and eastern Europe, this coniferous evergreen was brought to the Americas in the 18th century as a windbreaker tree. It has naturalized into many forests and shrublands and remains widely cultivated for wood, and ornamental purposes, especially for privacy or Christmas tree production. In fact, the massive Christmas tree displayed in Rockefeller Center in New York City every year is a Norway spruce. While these displays tend to be around 100 feet, this fast-growing species typically reaches heights between 120 and 180 feet, or even taller in its native range.

Its exceptionally large seed cones, usually about 5 inches, distinguish the Norway spruce by being the longest of any spruce species. They have triangular points and green or red tones before maturing into a medium brown around 6 months after pollination. While Massachusetts does not consider it an invasive species, it fails to support native insects well, prevents understory growth with its dense canopy, and may compete with native species for space. Some native alternatives to grow are eastern hemlock, eastern white pine, Atlantic white cedar, or eastern red cedar, among others.